During the ceremony, Under-Secretary-General for Counter-Terrorism and Chair of the Global Counter-Terrorism Coordination Compact, Mr. Vladimir Voronkov, said that “UNITAD’s work on accountability for the crimes committed by Da’esh in Iraq adds an important operational layer to the work of the Compact on the ground.” He also praised UNITAD’s efforts on pursuing justice for victims of terrorism.

Highlighting the importance of holding Da’esh members accountable for international crimes as a common goal for both organizations, Mr. Christian Ritscher, Special Adviser and Head of UNITAD, underscored that “as the ultimate goal of the Global Counter-Terrorism Compact is to strengthen a common United-Nations approach to support Member-States in this area, UNITAD is honored to contribute to this overall architecture, in compliance with its mandate.”

UNITAD will enrich the work of the Global Counter-Terrorism Coordination Compact by providing analysis and insights from their pioneering work on new technologies, particularly in archiving and digitalization of evidence, and utilizing artificial intelligence and e-discovery tools. 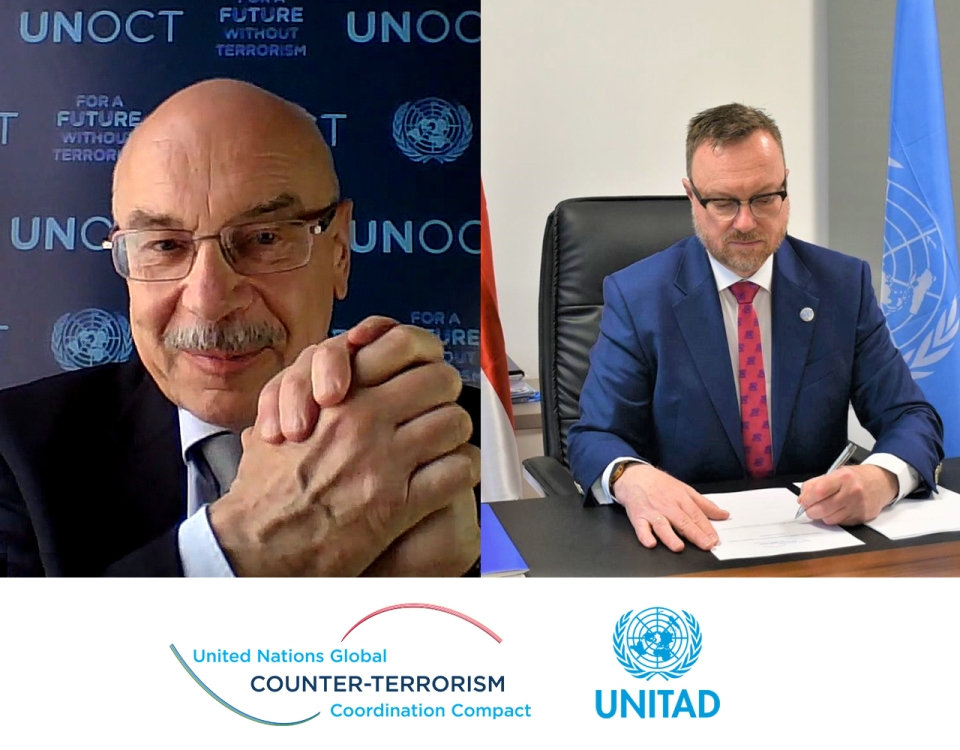