17 September 2021, New York - The Security Council today decided to extend for one year the mandate of the United Nations team tasked with investigating crimes committed by Islamic State in Iraq and the Levant (Da’esh/ISIL), as well as the Special Adviser leading it, unanimously adopting a resolution to that effect (to be issued as document S/RES/2597 (2021)).

By the terms of resolution 2597 (2021), the 15‑member organ renewed until 17 September 2022 the mandate of the United Nations Investigative Team to Promote Accountability for Crimes Committed by Da’esh/Islamic State in Iraq and the Levant, also known by the acronym UNITAD.

Reaffirming the terms of resolution 2379 (2017), by which the Team was first established, members decided that any further extension will be decided at the request of the Government of Iraq or any other Government that has requested the Team to collect evidence of acts that may amount to war crimes, crimes against humanity or genocide, committed by ISIL (Da’esh) in its territory.

The Council also requested the Special Adviser to continue to submit and present reports on the Team’s activities to the organ every 180 days. 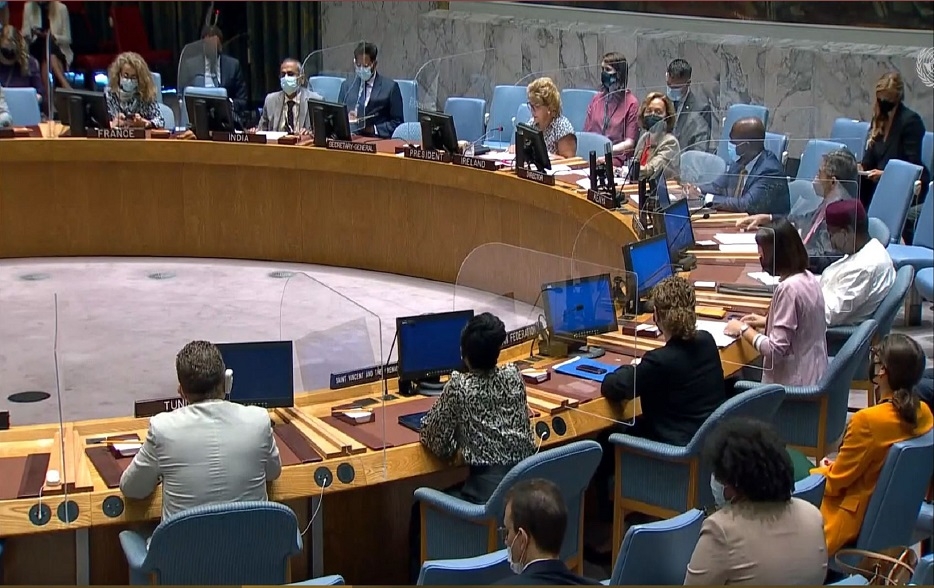