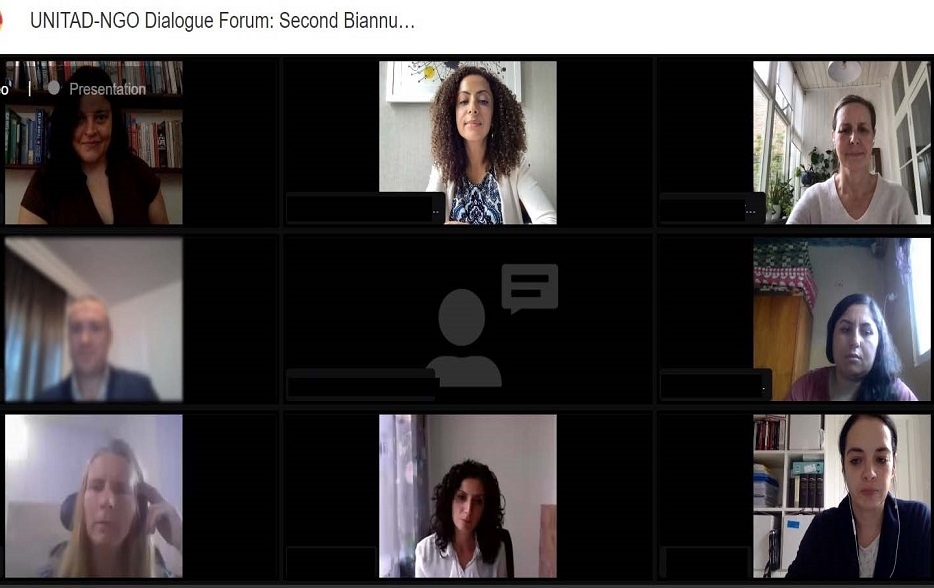 During the virtual discussion, Ms. Sareta Ashraph, Director of Field Investigations and Officer in Charge-UNITAD, updated NGOs on the progress of UNITAD’s work over the past six months and outlined key priorities for the second half of 2021. She emphasized that the UNITAD-NGO Dialogue Forum provides a platform for enhancing cooperation and regular dialogue between UNITAD and the NGO community, and complements the operational cooperation which is a crucial aspect of cooperation with the NGOs. As of today, UNITAD has concluded over 40 Memorandum of Understandings with partner NGOs working with UNITAD’s Field Investigation Units.

Ms. Ashraph highlighted the findings presented in the sixth report of the Special Adviser to the Security Council, concluding that ISIL’s crimes against the Yazidi community constituted genocide. In the same report, UNITAD has determined that there is clear and convincing evidence of ISIL’s commission of war crimes, as well as of the crime of direct and public incitement to commit genocide, at the Tikrit Air Academy massacre, often referred to as Camp Speicher.

Looking ahead, Ms. Ashraph explained that UNITAD will continue its investigations of crimes against the Yazidis from other areas of Sinjar, particularly north Sinjar. She also stated that toward the end of 2021, UNITAD expects to deliver an initial case file on ISIL’s use of biological and chemical weapons; as well as further case files in relation to crimes against the Christian and Sunni communities, as well as crimes committed against those imprisoned at Badoush Prison in June 2014.

During each plenary meeting, a survivor speaker is invited to take part in the meeting, bringing the perspective of survivor groups. This meeting, a woman Yazidi survivor briefed the Forum on challenges and issues affecting Yazidi victims and survivor groups, while sharing best practices of her own engagement with UNITAD’s Field Investigation Unit 1, the unit which works on ISIL crimes against the Yazidi community. The speaker emphasised the importance of delivering justice and reparations to victims, expediting excavation of mass graves, rescue of missing family members and the reconstruction of destroyed homes. Dr. Caroline Buisman, head of Field Investigation Unit 1, applauded the important role played by NGOs supporting the work of her team and feeding into the preparation of case files.

In the plenary discussion, NGO participants exchange views, experiences and lessons learned. They also discussed the challenges to the pursuit of accountability for ISIL crimes.