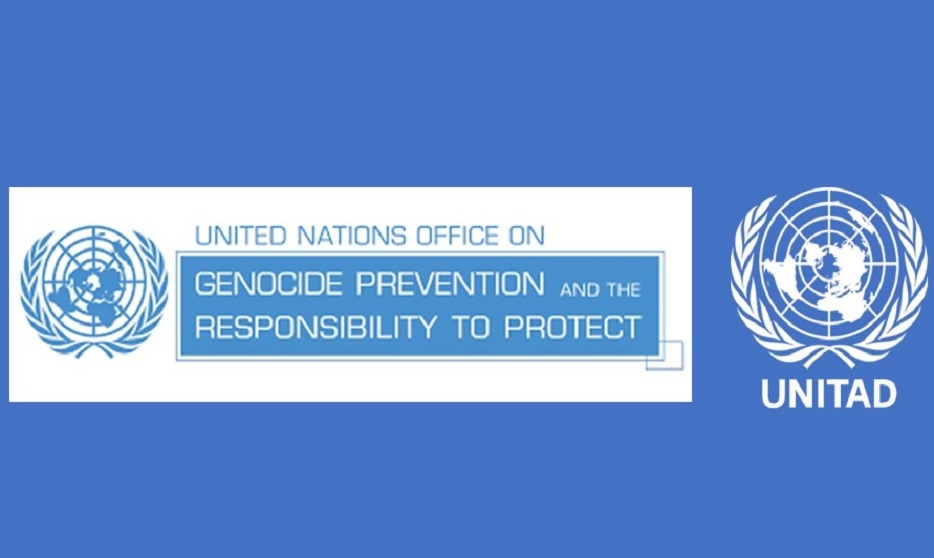 Coinciding with the successful conclusion of the historic Papal visit to Iraq: USG Nderitu and Special Adviser Khan announce the launch of the “Interfaith Dialogue Series” in Iraq

07 March  2021, Baghdad - Under-Secretary-General Alice Wairimu Nderitu and Special Adviser Karim Asad Ahmad Khan Q.C today welcomed the successful completion of the visit of His Holiness Pope Francis to Iraq and announced the launch of the “Interfaith Dialogue Series”, which is planned to start in May 2021, in a number of cities in Iraq. The Series will commence through a high-level Interfaith Meeting in Baghdad of the leaders of the Chaldean Catholic, Kaka’i, Shia, Sunni and Yazidi faiths.

Building on the historic “Interfaith Statement on the Victims and Survivors of ISIL crimes”, endorsed by Iraqi religious leaders in March 2020, the Interfaith Dialogue Series will provide a forum for Iraqi religious communities to come together and identify ways in which the collective response to the legacy of sectarian violence and ISIL crimes in Iraq may be strengthened.

Reflecting the core principles of the Interfaith Statement, the Dialogue Series will focus in particular on: (i) the barriers faced by members of religious communities to participating in accountability processes; (ii) the challenges faced by survivors in receiving the necessary support to retake their lives within their communities; (iii) how further dialogue can assist in re-building trust and understanding between religious communities in Iraq, in areas most impacted by ISIL crimes; and (iv) how collective messaging from Iraqi religious communities can  adress and counter hate speech and prevent incitement to discrimination, hostility and violence.

At the conclusion of the Series, a Protocol of Action will be adopted, drawing on the input from members of all participating communities and providing a framework for concrete steps to be taken by religious authorities in the realization of the principles of the Interfaith Statement.

Following his meeting with His Holiness the Pope at the Presidential Palace in Baghdad, Special Adviser Khan, Head of the UN Investigative Team to promote accountability for crimes committed by Da’esh / ISIL (UNITAD), underlined that “the visit of His Holiness Pope Francis provides a profound moment of reflection and hope for all those seeking to build a future of common understanding and peace in Iraq, built on the foundations of justice.  The Interfaith Dialogue Series hopes to use this moment as a catalyst for strengthening the collective action of all faiths towards this goal.  All religious communities in Iraq were subjected to the crimes of Da’esh and they must all be empowered to participate in efforts to hold those responsible to account”.

Under-Secretary-General Nderitu noted that “religious leaders have a key role to play in fostering a peaceful, inclusive and just society, ensuring effective support to victims of religious violence, countering mistrust, fear and violent ideology, and in bringing people together on the common ground of humanity. His Holiness Pope Francis’ visit to Iraq reminds us that building peace constitutes a collective endeavor that remains essential not only to address the legacy of the past but also to prevent further violence. In this task, there is no force that can be more powerful than inclusion, respect and appreciation of diversity, and commitment to build a common and prosperous future free from hatred and discrimination in all its forms.”