Baghdad, 10 June 2022 – Special Adviser Christian Ritscher briefed the UN Security Council on the work of the United Nations Investigative Team to Promote Accountability for Crimes Committed by Da’esh/ISIL (UNITAD) over the past six months. The briefing, which highlighted the progress described in UNITAD’s eighth report to the Security Council, stressed the significant progress in cooperation between UNITAD and the Government of Iraq in the pursuit of justice and accountability for ISIL international crimes.

Cooperation with the Government of Iraq and the Iraqi Judiciary has been key for the implementation of UNITAD’s mandate as reaffirmed by Special Adviser Ritscher, expressing his gratitude to the Government of Iraq, the Iraqi judiciary, and the authorities of the Kurdistan Regional Government for supporting the implementation of UNITAD’s mandate. “I have made it a priority to establish and maintain a continuous dialogue with senior members of the Iraqi Government, including the Presidency, the Prime Minister’s Office, the Ministry of Foreign Affairs and the National Security Advisory,” said the Special Adviser.

The Special Adviser mentioned that earlier this year, strategic discussions between UNITAD and the Iraqi National Coordinating Committee, chaired by the Deputy Minister of Foreign Affairs, jointly defined common areas of priority. This included information sharing as well as capacity building for national counterparts.

During the briefing, Special Adviser Ritscher presented examples of the progress, during the reporting period, in the Team’s structural investigations, which aim to cover ISIL crimes against all affected communities; Yazidis, Shia, Sunni, Christian, Kaka’i, Shabak and Turkmen Shia. One example was the progress in UNITAD’s investigations into ISIL’s development and use of chemical and biological weapons, which revealed new information through testimonial, digital, and documentary evidence pertaining to the manufacturing and use of these weapons. Special Adviser Ritscher stressed that “our investigations will look more closely at the underlying procurement system for these weapons and related financial flows. This entails focusing on the involvement of specific individuals, including those involved in conducting human tests with chemical agents on detained persons.”

Highlighting future priority areas for the work of the Team, Special Adviser Ritscher said that UNITAD intends to intensify its investigations pertaining to crimes committed in Mosul, the capital of the so-called “caliphate” of Da’esh/ISIL. He also mentioned that UNITAD plans to expand investigations into ISIL’s destruction of cultural heritage. He said that “ISIL’s vicious destruction of cultural heritage was an attempt to erase Iraq’s diverse cultural history.” He expressed his devastation after seeing the magnitude of the destruction in some of the cultural heritage sites which he visited recently. “At the same time, I continue to be impressed by Iraq’s ongoing efforts to restore these sites,” he pointed out.

“I can compare the restoration of cultural heritage sites to our own work at UNITAD in the pursuit of accountability and justice. It equally takes years and is a painstaking process, but it is work that must be done”, said the Special Adviser. He reiterated UNITAD’s commitment to continue working towards holding ISIL members accountable for their international crimes in Iraq, stressing that this is “a commitment we owe to the survivors, to international justice, and to humanity at large.” 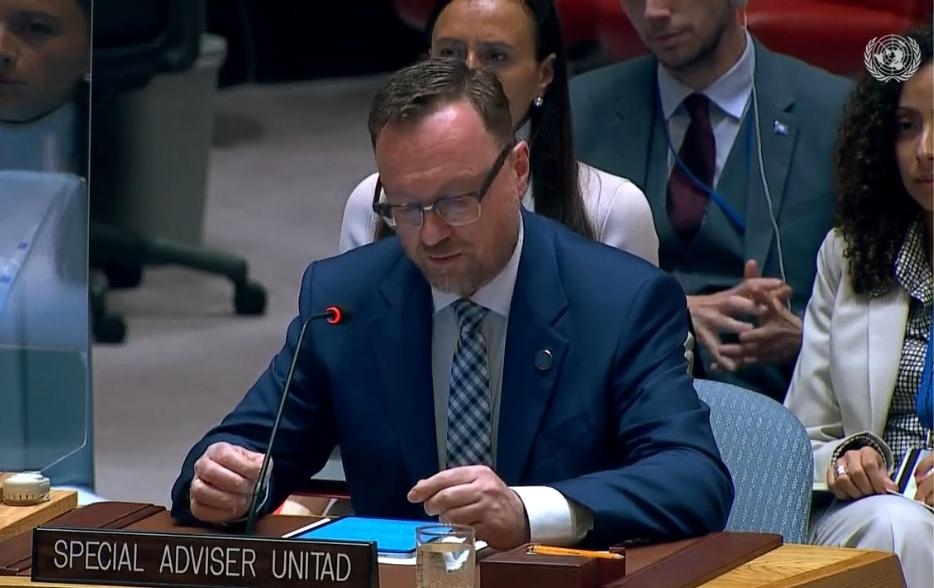