New York, December 10, 2021 – At United Nations Headquarters in New York, UNITAD and the Governments of Iraq and Germany hosted a discussion amongst Member States and international experts addressing how those who profited from ISIL crimes in Iraq, including acts that may constitute international crimes, can be held accountable.

In opening the meeting, H.E. Ambassador Mohammed Hussein Bahr Aluloom noted that Iraq welcomed cooperation and support of UNITAD in this area, building on the expertise already developed by Iraqi authorities and drawing on case-briefs disclosed by UNITAD to the Iraqi judiciary, stating: "the Government of Iraq is committed to identifying those that enriched themselves through the crimes against its people and by the theft and pillage of oil and cultural heritage.  It is crucial we do this in partnership with the international community".  He stressed that accountability for the financing of previous ISIL crimes also served a preventative and deterrent function, and was an important part of the ongoing fight to dry up the current financial resources available to ISIL.

UNITAD’s investigation into ISIL financing are supported through a generous financial contribution by the Government of Germany.  In addressing the meeting, H.E Ambassador Antje Leendertse, Permanent Representative of Germany to the United Nations, underlined the importance of identifying and prosecuting those who profited from ISIL atrocities.  Referring to a conviction of an ISIL member by a court in Frankfurt for genocide earlier that week, she noted that UNITAD was already making a difference in supporting national investigations.

In his statement, Special Adviser Christian Ritscher noted that investigations into ISIL financing reflected one of his key initial priorities as new Head of UNITAD to deepen insights into chains of command and decision-making hierarchies in the organization. He underlined that: “by uncovering the calculated and profit-driven nature of its internal mechanisms, we further remove any lingering attempt to cloak the actions of ISIL in any legitimate ideology or doctrine.”

Mr. Andrew Wright, Head of UNITAD Financial Crimes Unit, outlined the progress made by UNITAD in its financial investigations work to date, noting that through cooperation with Iraqi authorities and other key partners, the Team had uncovered the inner workings of the central ISIL treasury, Bayt al- Mal or “House of Money”, the central department responsible for the collection, storage, management, and movement of its wealth.  In doing so, the Team has also identified a network of senior ISIL leadership who also acted as trusted financiers, diverting wealth that ISIL gained through pillage, theft of property from targeted communities.

Outlining his extensive work in the investigation of ISIL crimes, Honourable Judge Raed, Head of Ninewa Federal Appeals Court, Mosul, emphasized the need for cooperation with all actors in such investigations, noting his collaboration with UNITAD to date in Iraq and the need for further engagement with other national authorities.

The discussion also benefited from the insights of Ms. Kristin Rosella, financing of war crimes expert and Mr.  Jérôme Beaumont, Executive Secretary, The Egmont Group, who addressed the broader legal context of investigations into international crimes, including international cooperation mechanisms.

Discussions amongst participants focused on ways in which international cooperation can be further strengthened in order to address challenges faced by national authorities in investigating ISIL financial networks.  Special Adviser Ritscher concluded the meeting by noting his hope that prosecutions could soon begin to be taken forward by UNITAD and Iraqi authorities in Iraq based on their close cooperation in this field. 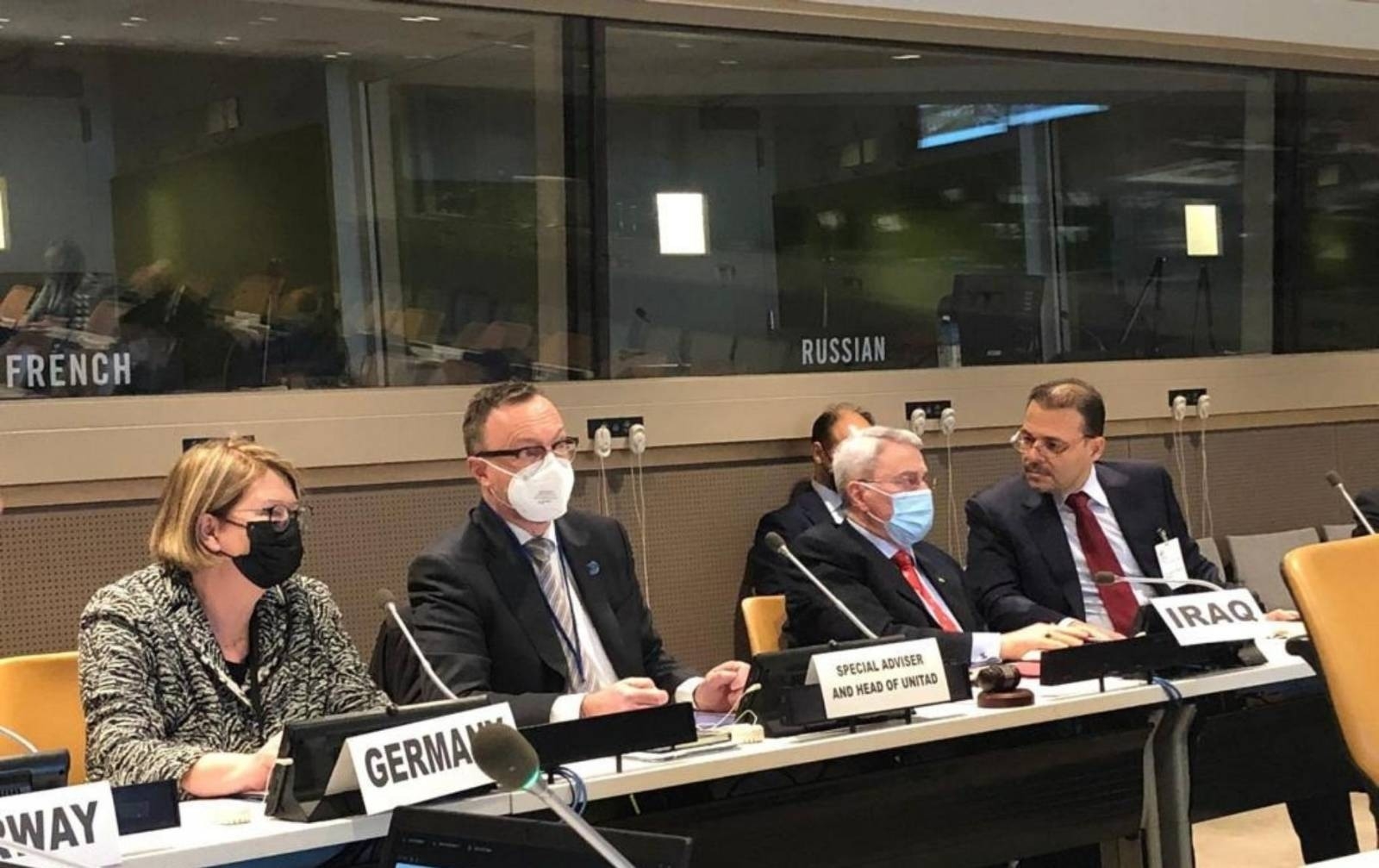