Second Phase of the Return of Identified Yazidi Victims of ISIL is Concluded, Families Lay their Loved Ones to Rest

Kojo, December 12, 2021 – Bringing a glimpse of solace to hundreds of Yazidi families and survivors, the Iraqi Government and the United Nations Investigative Team to Promote Accountability for Crimes Committed by Da’esh/ISIL (UNITAD) returned the remains of 41 Yazidi victims recovered from mass grave sites in Kojo.

The burial ceremony took place on 9 December 2021 and was attended by representatives of the Iraqi Federal Government, the Kurdistan Regional Government, local authorities and Special Adviser and Head of UNITAD Christian Ritscher.

The ceremony was joined by the families of the victims, Yazidi religious leaders, community representatives and thousands of Yazidi; many who traveled from abroad to give their loved ones a proper burial according to their religious and cultural traditions.

“Putting some soil on our beloved ones is a relief for us despite the hurt. Now we know what their destiny is, and where their grave is so we can visit and mourn” a relative of one identified Yazidi victim said.

Upon his arrival, Special Adviser Ritscher offered his condolences to Yazidi female survivors and families of the victims and assured them that UNITAD will continue to work in partnership with the Medical Legal Directorate and the Mass Graves Directorate to support the DNA-based identification of the victims remains and return them to their next of kin.

In his statement during the ceremony, Mr. Ritscher commended the work of all those who helped identify the victims, particularly the work of Iraqi federal authorities and authorities in Kurdistan region. He reiterated UNITAD's commitment to holding ISIL perpetrators accountable for the crimes committed against the Yazidi and all communities in Iraq.

“The resilience and determination of the Yazidi community, of Yazidi women and girls in particular are truly inspiring in their demand for justice and accountability for ISIL’s horrifying brutality” he added.

Mr. Ritscher acknowledged that the wheels of justice turn slowly but highlighted the significant progress UNITAD achieved this year. He recalled that the Team informed the United Nations Security Council last May that it had found, based on clear and convincing evidence, that genocide was committed by ISIL against the Yazidi as a religious group. He also highlighted how the recent conviction of an ISIL individual in Germany for the crime of genocide was “the first judgment in which these crimes against the Yazidi community are called what they are: genocide”.

“UNITAD will continue to build on this successful partnership with national authorities, you the impacted communities and non-governmental organizations so we can together overcome the many hurdles faced in delivering justice for ISIL crimes” the Special Adviser said.

Adorned with a photo of each victim and wrapped with the Iraqi flag, each coffin was carried to the burial area by Iraqi soldiers. Families were then able to say their final goodbyes before laying their loved ones to rest.

In response to the emotional and psychological toll such events are expected to take on the families and the survivors, psychosocial support was provided on site – facilitated by UNITAD and led by the International Organization for Migration (IOM), Yazda, Emma Organization, Free Yezidi Foundation, Nadia’s Initiative and Norwegian Christian Aid.

This funeral and commemorative ceremony held in Kojo, Sinjar on the 9 December 2021 is the second phase returning the human remains of ISIL victims for dignified burial, by the relatives and community. The first ceremony was held in February of this year. It follows large-scale excavations of mass graves, including the Solagh mass grave which is often referred to as the mothers’ grave.

The identification of the victims' remains happens through a series of campaigns that encourage the families of the victims to register their missing relatives with the national authorities and provide information as well as DNA reference samples for identification.  The Medical Legal Directorate is organizing a campaign in Kojo between 10 and 15 December 2021. All relatives with missing persons are encouraged to take the opportunity to participate in these campaigns to accelerate the identification of more victims, especially relatives who have travelled from overseas. UNITAD is also planning to support a similar campaign among the Yazidi community in Berlin, in cooperation with the Iraqi authorities.

Besides being an important moment on the path to healing for the families of the victims, the identification of remains help build forensic evidence that links the crimes committed against those victims to the ISIL perpetrators, and thus help in turning the tide from impunity to justice. 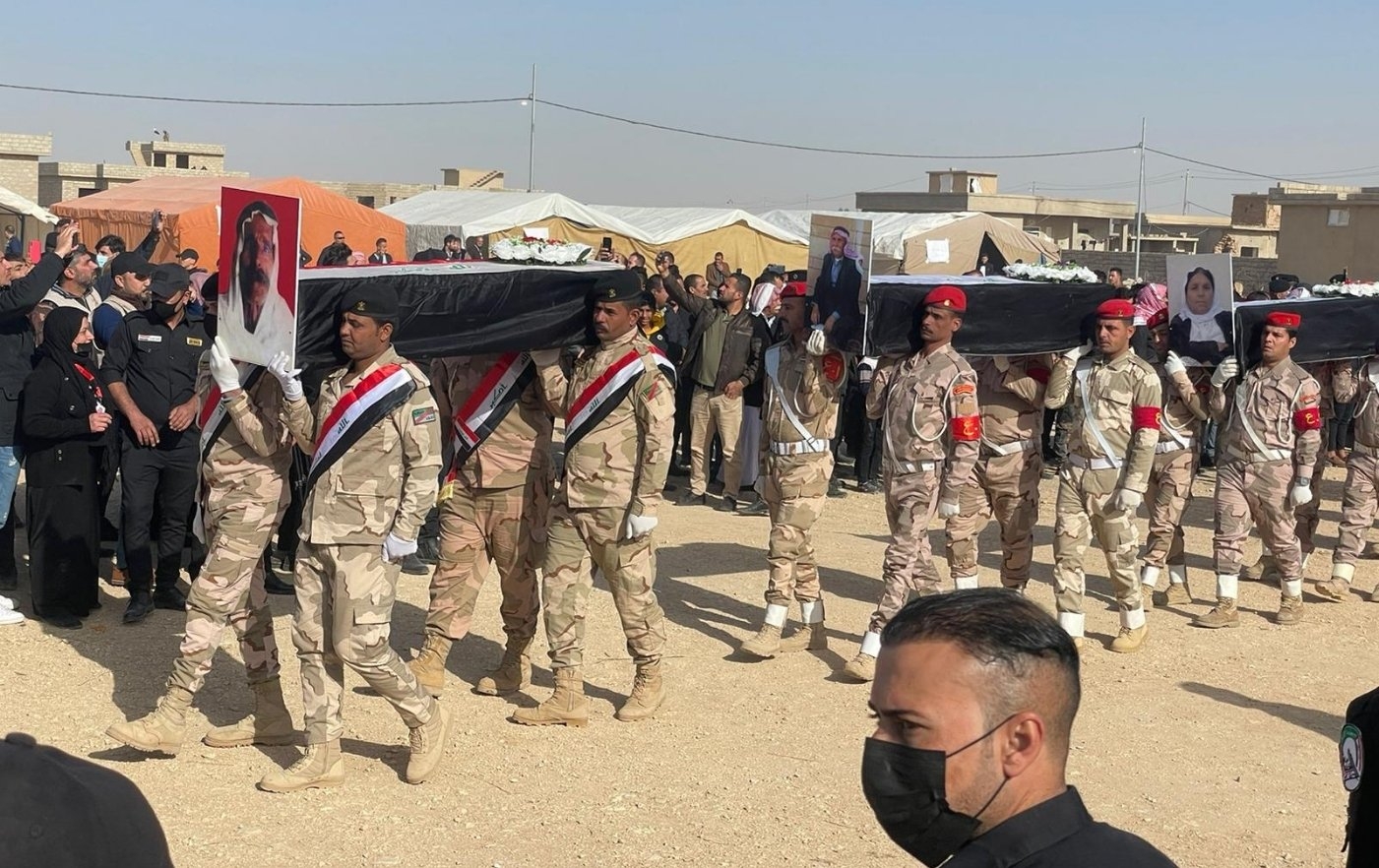