Baghdad, 2 December 2021 – In his first briefing to the UN Security Council on the work of the United Nations Investigative Team to Promote Accountability for Crimes Committed by Da’esh/ISIL (UNITAD), Special Adviser Christian Ritscher emphasized that a potential turning point was being reached in efforts to deliver justice for the victims of ISIL crimes.

“If we strengthen our unity in addressing the inherent challenges that the scale of ISIL criminality presents, I believe we have the opportunity to turn the tide from impunity to justice”, Special Adviser Ritscher said, after reflecting on the progress made by the Investigative Team in the last six months, in cooperation with Iraqi authorities.

He stated that it is now possible to envision a new landscape where criminals who previously believed themselves to be out of reach of justice could be held accountable in a court of law. Thanks to the use of advanced technology to build structural case-briefs and detailed casefiles against ISIL members that link those individuals to specific international crimes.

Mr. Ritscher announced that conclusions had been reached in a key line of investigation into the mass killing of prisoners at Badush Central Prison, with the Team finding that these attacks constituted war crimes and crimes against humanity.  A structural case-brief finalized by the Team could now be used to support domestic prosecutions for these crimes.

The Special Adviser also outlined to Council members that forensic analysis of battlefield evidence collected by the Team showed that ISIL’s development and deployment of chemical weapons reflected a strategic priority implemented in line with a long-term plan.  He noted that more than 3,000 individuals impacted by ISIL chemical weapons attacks had been identified, with local medical records showing children admitted for burns leading to death and longer-term health impacts on communities.  He added that he will present a comprehensive case-brief that details the Team’s findings and legal characterization of ISIL’s chemical weapons programme in his next report to the Council.

He informed the Council that the Team have uncovered the inner workings of the central department responsible for the collection, storage, management, and movement of ISIL treasury. He further confirmed that the Team has been working closely with Iraqi authorities to support the prosecutions of those responsible for ISIL financial crimes.

The Special Adviser underlined the critical nature of the ongoing cooperation between UNITAD and the Government of Iraq in the work of the Team, stressing that he would look to deepen collaboration as a priority in his time as Head of the Team.

“To deliver on the promise made through Security Council resolution 2379 (2017) we must put this evidence to work before competent courts”, he said, and clarified that effective cooperation meant the sharing of evidence must be done in a manner which feeds into competent courts to bring justice to victims and hold perpetrators accountable for their international crimes, in accordance with UNITAD’s Terms of Reference and the principles of the United Nations. 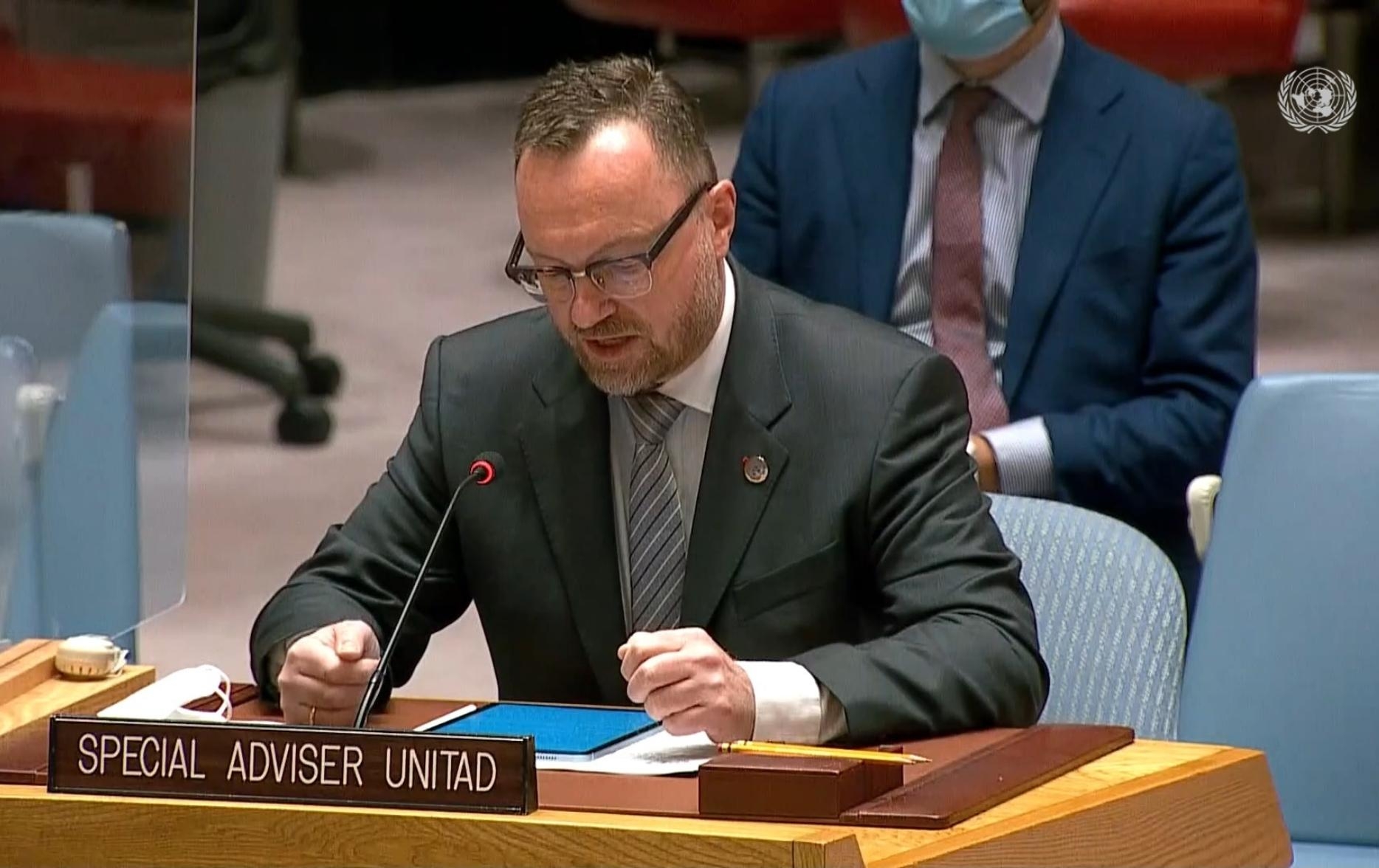